The purpose of SecurityWomen is to act as an advocacy organisation for the inclusion of more women in security sector institutions, including the military and police forces. SecurityWomen operates on a global basis.

SecurityWomen aims to highlight news items, academic papers, publications and reports on the subject of Women Peace and Security, and to monitor progress in the development of gender equality in security institutions, in particular, the increase of women in decision-making positions and advances towards a 50:50 gender balance.

SecurityWomen recognises that goals in the post 2015 development agenda, which aim to eradicate poverty and prevent environmental degradation, require progress towards a more peaceful world in which gender equality is an essential component. No development can take place where there is conflict. SecurityWomenraises awareness of United Nations Security Council Resolution (UNSCR) 1325 which reaffirms the important role of women in the prevention and resolution of conflicts and in peace-building. National Action Plans (NAPs) are the means to bring about action in this sphere, and SecurityWomen highlights best practice examples in how to develop comprehensive and meaningful NAPs. 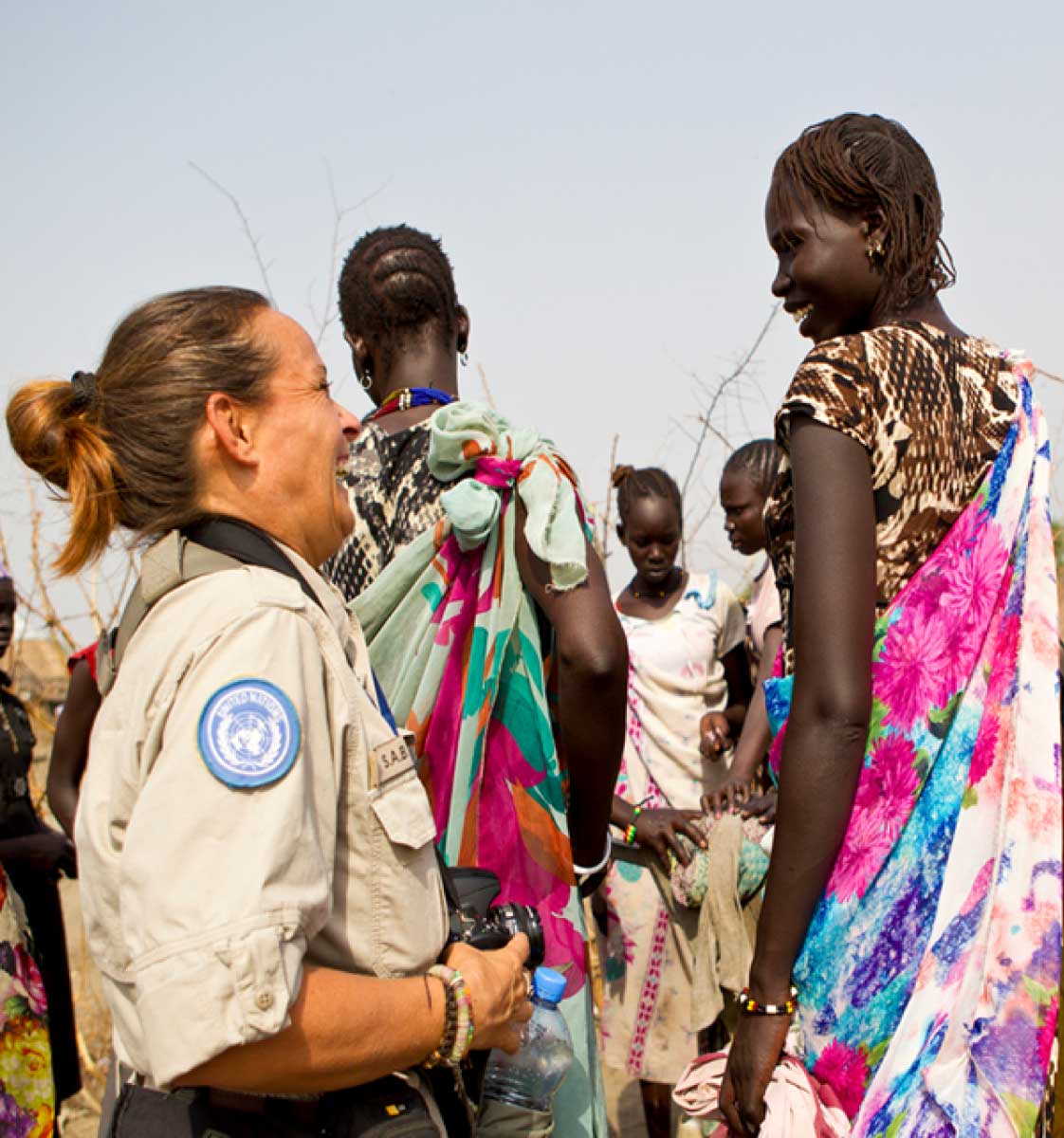 On 27 May 2021 RUSI, UNA-UK and the UNA Westminster Branch held the annual International Day of the UN Peacekeepers Conference: Enhancing the UK Contribution to Peacekeeping.

Earlier this month the Australian Defence Force (ADF) chief, Angus Campbell, was called out for “clumsy” and inappropriate language and advice aimed at first-year female cadets.

With the Covid-19 pandemic spurring a rise in online hacking, companies across the world have turned their attention to the need for an increased number of cyber security analysts.

Women in Law Enforcement in the ASEAN Region

In the ASEAN region – consisting of Brunei, Myanmar, Cambodia, Timor-Leste, Indonesia,Laos, Malaysia, the Philippines, Singapore, Thailand and Vietnam – female policing is comparatively low in contrast to the remaining world states.

SecurityWomen condemns police brutality in any form in any country and systemic racism that leads to deaths of black people.

Book Launch: A Woman’s Place: US Counterterrorism since 9/11

On Wednesday, Feb. 5th, WIIS-DC hosted an event to celebrate the launch of Dr. Joana Clark’s new book, A Woman’s Place: US Counterterrorism since 9/11. The panel discussion included Dr. Joana Clark, as well as Seamus Hughes, who focuses on counterterrorism and homegrown violent extremism, and Lauren Protentis, who focuses on communications and security. The conversation emphasized the need for nuanced gender analysis in both academic and policy discussions about effective counterterrorism strategy. The panelists started by recognizing women’s agency, but quickly dug deeper to examine the gendered nature of American countering violent extremism (CVE) policy.

The recent United States Strategy on Women, Peace, and Security is a promising first step in implementing the world’s first domestic legislation on the global Women, Peace, and Security (WPS) agenda. Because the Strategy does not go far enough in recognizing women’s agency and participation in security services, we recommend that the departments tasked with implementation of the Strategy pay close attention to: • Recognizing existing women’s advocacy and participation in security and peacebuilding; • Analyzing differences in women’s experiences of conflict and intersecting identities;• Avoiding a narrative that focuses only on women’s victimization; and • Supporting women who are already participating in security services.

Possibly you have one living with you? A 19-year-old, behaving like an adolescent but expecting to be treated as an adult. Maybe you can remember being 19? Something of a grey area - the excitement of your 18th forgotten and the focus now on turning 20 which slightly mutes the pleasure of turning 19. And so it is, I suspect, for United Nations Security Council Resolution 1325 (UNSCR 1325). This foundation Resolution who made the headlines by linking the disproportionate impact of conflict on women and girls and their absence from peace-talks as a security concern, is 19 years old on 30 Oct 2019. As always with the birth of a new-born there was excitement and clamour when 1325 was adopted. One can only imagine the scene in the Security Council that day; the cheering would have been deafening, maybe even some tears of joy in the public area – members of UNIFEM (the forerunner to UN Women), NGOs and Civil Society, who had worked tirelessly after the 1995 World Conference on Women hosted in Beijing, had finally got their Resolution. Possibly there was a different atmosphere in the Delegate’s area - bemused looks, scratching of bald heads, fixing of ties, raised eyebrows, general harrumphs and possible mutterings about what the Security Council had just brought into the world.

A Diversity of Skills Found Among Women

Some of those advocating for more women in the workplace use the potentially counterproductive argument that women innately bring much needed "soft skills" to the traditionally technical cybersecurity leadership community.

2021 Theme: Recovering better for an equitable and sustainable world‍

U. S. Congress Moves Closer to Making Women Register for the Draft

The U.S. House Armed Services Committee voted Wednesday to expand registration for the Selective Service System, commonly known as the draft, to include women, a move that brings the requirement one step closer to becoming law.

This article analyses the findings from recent parliamentary and governmental reports investigating the prevalence of sexual harassment in the UK Armed Forces.

On 27 May 2021 RUSI, UNA-UK and the UNA Westminster Branch held the annual International Day of the UN Peacekeepers Conference: Enhancing the UK Contribution to Peacekeeping.

Putting Women at the Centre for Meaningful Change

A report by the WPS Action Group, part of the UK CSW Alliance, covering the following topics: Women in Peace Talks, Women in Peacekeeping, Women's Leadership and the Arms Trade