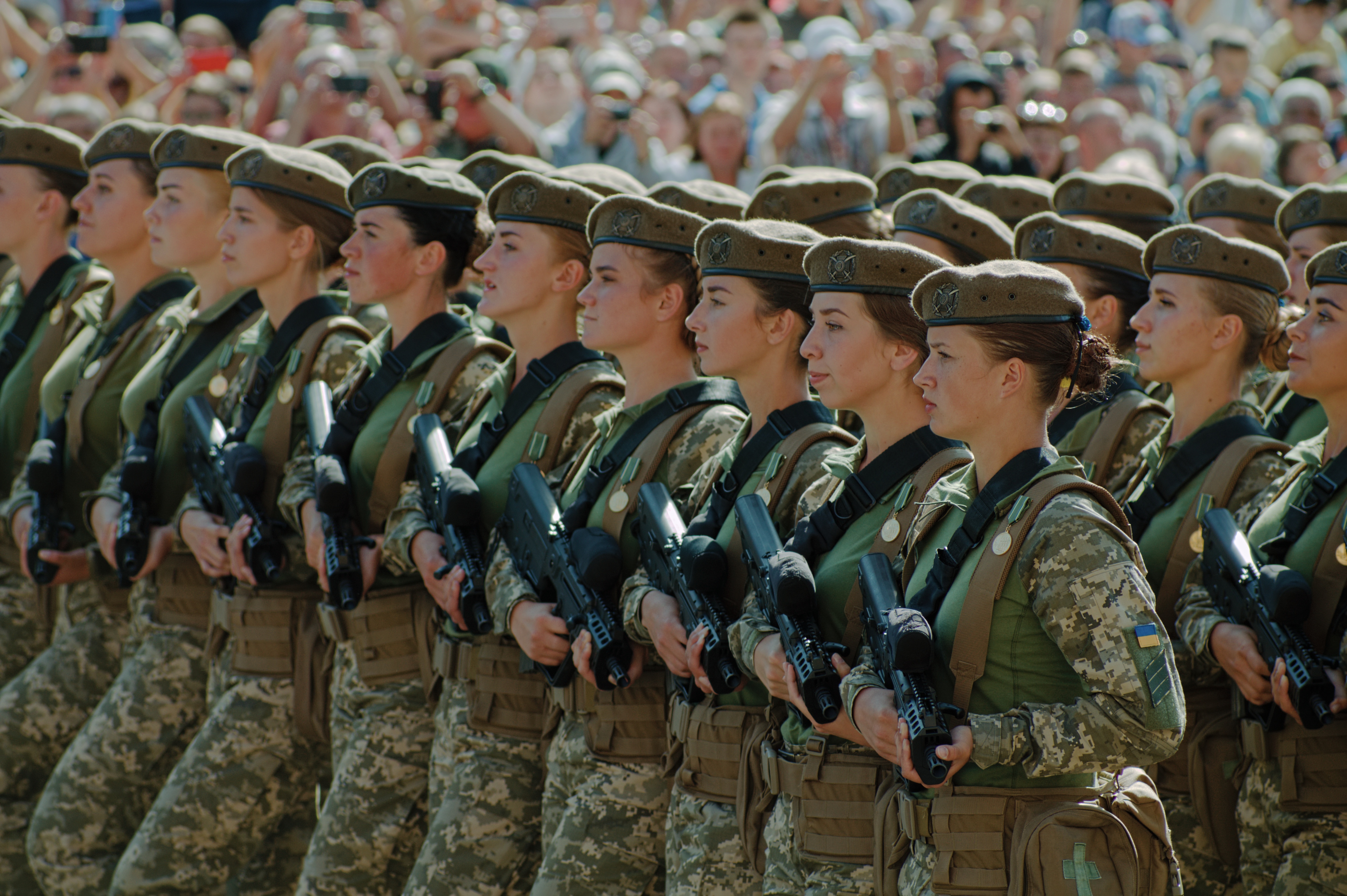 https://www.flickr.com/photos/spoilt_exile/ Military honor in aid of the Independence Day of Ukraine

On 24 August, Ukraine celebrated its 31st year of independence from Russia.  Sadly, it also marked six months since Russia’s invasion of Ukraine territory in February.

These past six months have seen huge changes in the lives of Ukrainian women as they have become an omnipresent force in Ukraine’s war.  Last week, in Chernihiv a group of women underwent training in how to deal with unexploded land mines, a job which, until a few years ago, was on a list of hundreds of occupations Ukrainian women were banned from holding, as a hangover from the Soviet era when certain jobs were considered damaging to their reproductive health. Legislation passed in 2018 gave Ukrainian women the same legal status as men in the armed forces, including participation in combat zones.

“The perception of women, in general, has been very paternalistic,” said Anna Kvit, a Ukrainian sociologist who specializes in gender studies. “With this war that escalated in 2022, the agency of women not only increased, but it also became more visible.”

Leading the class on de-mining was a woman called Hanna who joined a Swiss demining foundation two years ago.  After Russia invaded Ukraine in February, she fled her home in a southern port city and headed north.  Now, she is working in cities like Chernihiv, from which the Russian occupiers have since retreated, to make war-ravaged cities and towns safe from land mines.

But Ukrainian women are not just fighting alongside men in combat zones and risking their lives to make their country safe again.  They have become the backbone of wide-scale logistics efforts, such as making camouflage netting for troops, cooking for the millions of internally displaced people and raising money to support soldiers.