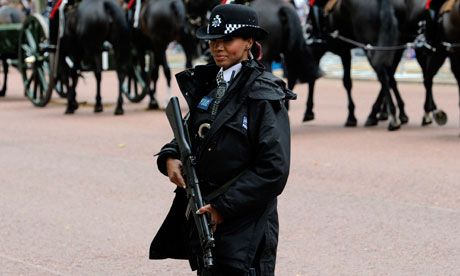 19 of the 49 chief constable posts in England and Wales are held by women, nearly five times the number in 2019 when there were only four.  Over the past two years four more police forces - Merseyside, Avon and Somerset, Suffolk and North Wales - have all made history by appointing their first-ever women chief constables.

The first woman chief constable to be appointed was Pauline Clare who took over the Lancashire force in 1995, ending 166 years of male chiefs since Sir Robert Peel founded professional policing in 1829.

Achieving this record 40 per cent women police leaders is attributed to recent efforts to stamp out sexist canteen culture and to end the sexism and misogyny that has been rooted in the police force.

There are still fewer women in the firearms and public order sectors of the police, however, as women are more likely to take up roles in investigation of rape, sexual assault and domestic abuse. But according to Ms Kearton, the National Police Chief Council’s lead for Workforce Diversity and Representation, efforts are in hand to challenge this gender division of roles. “We’re constantly striving to increase diversity across policing," she said.

Chief Superintendent Harvi Khatkar, was the first woman from an ethnic minority to serve as a firearms commander in West Midlands Police.  She is also a Public Order Commander, and Vice President of the Police Superintendents’ Association.

Efforts are also being made to encourage women’s promotion with changes being made to remove barriers for those with childcaring responsibilities, such as the requirement for future commanders to spend three straight months on a residential training course

For the full story, please go to:  Record40 per cent of chief constables are now women amid anti-misogyny drive(telegraph.co.uk)