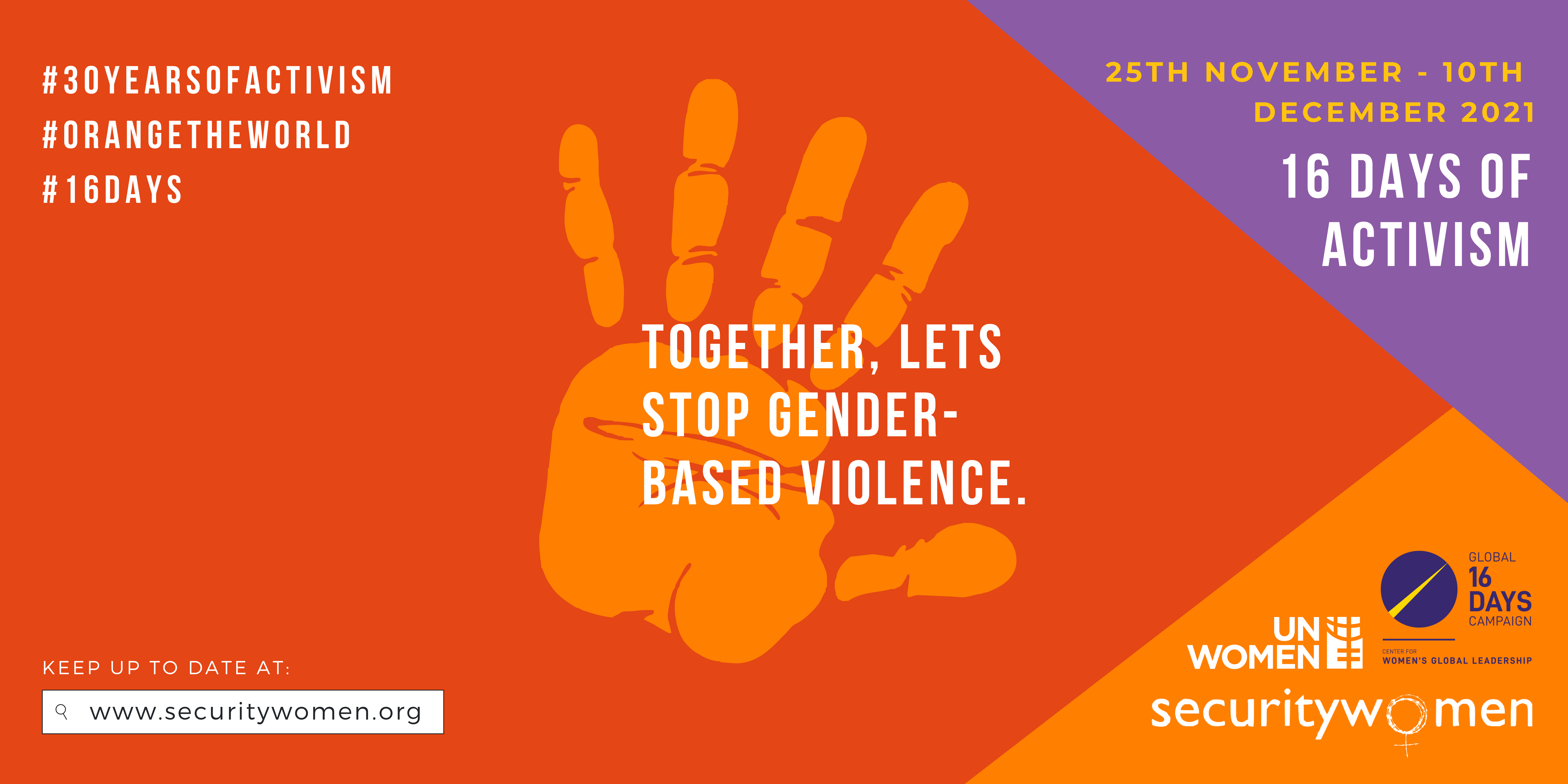 As 2021 is the 30th anniversary of the global 16 Days of Activism against Gender Based Violence, it is a good time to reflect on what has been its impact both at national and international levels.  The 16 Days of Activism was started in 1991 and continues to be co-ordinated by the Center for Womens Global Leadership[i] which hosts the Global 16 Days Campaign[ii] every year between 25 November, which is International Day for the elimination of all forms of Violence against Women and Girls, and 10 December, International Human Rights Day. The campaign has spread across the world with the message to ‘Orange the World: End Violence against Women now!’

The past two years have been dominated by the COVID 19 pandemic during which many countries have seen an increase in domestic violence as a result of lockdowns and working from home.  Amongst refugees, migrants, displaced and conflict-affected groups there has been an increase in sexual abuse, violence and discrimination, referred to by UN Women as the “shadow pandemic.”[iii] It has to be remembered, despite the scale of the problem, that violence in not inevitable: it can be prevented[iv][1]. Violence against women is a very visible sign of the inequalities and power imbalances between the genders, and much work has to be done through education on transforming cultural and social norms around men’s superiority.

Security is seen as men’s domain, but we need gender equality in all spheres of life, including in security sector institutions, to bring a better security for everyone. Women’s leadership is vital to change the culture of policing and armed forces across the world where macho and aggressive masculinities have dominated for far too long, and violence against women and girls is not prioritised. Policing, with women as equal partners, will build confidence in survivors of violence to come forward and seek justice.

30 years of 16 Days may have resulted in increased awareness of the extent of gender based violence and its terrible impact on the health and safety of women and girls in vulnerable situations, but this awareness has not yet ended the violence and misogyny which continues to be a common threat to women and girls in any community. High level political commitment is required and the   Generation Equality Multi-Stakeholder Action Coalition on Gender Based Violence[v] will hopefully keep the spotlight on action and investment in tackling VAWG. SecurityWomen will continue to take part in the annual 16 Days of Activism, calling for women’s equal inclusion in all aspects of the world’s security and justice systems to bring about a safer world for all.

[iv] UK aid project helps cut violence against women by more than half in Democratic Republic of Congo - GOV.UK (www.gov.uk)