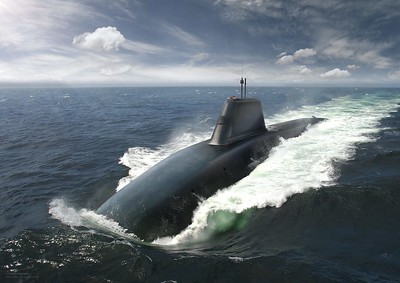 Commodore Sharon Malkin has been appointed commander of HMS Naval Base at Clyde following allegations of bullying and sexual abuse in submarines at the base.

Sophie Brook joined the navy three years after a ban on female submarine recruits was lifted. It was her dream job.  But when she joined the crew the abuse and bullying was so extreme she started to self-harm to avoid going out on patrol, and at times even felt suicidal.  Each time she tried to make a complaint she was advised against it as it would expose her to further bullying in the closed environment of a submarine.

Sophie was not the only female naval recruit to complain of bullying and abuse.  Another woman came forward to say she had become pregnant after being raped while at sea, and like Sophie, said she was afraid to report it in case she was labelled a troublemaker.  According to an MOD survey of naval personnel in 2022, half of the women have experienced targeted sexual abuse and misogynistic behaviour.

The Royal Navy hope that Commodore Malkin’s presence as a lead female in an influential post will only serve as a further force for good in the ongoing battle it faces regarding the allegations of bullying and abuse.

The full story about Sophie Brook’s whistleblowing is at:  Years of abuse at the hands of the submarine bullies left me suicidal | News | The Sunday Times (thetimes.co.uk)

And more about Commodore Malkin’s appointment is at: Naval base gets female commander in wake of submarine abuse accusations (telegraph.co.uk)