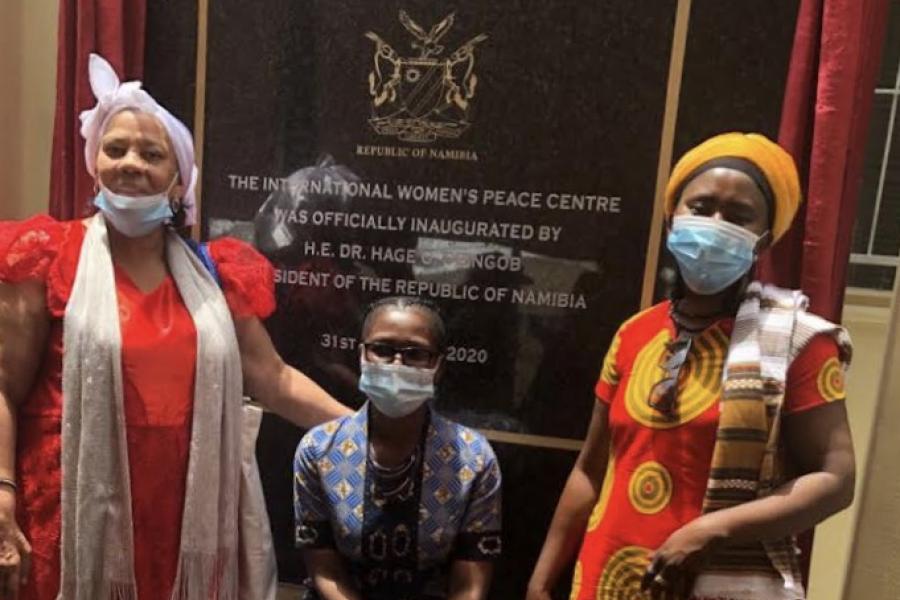 The Namibia International Women Peace Centre was launched on behalf of the President Dr. Hage Geingob by the Vice President of the Republic of Namibia, Dr. Nangolo Mbumba on Saturday, 31st October 2020, on the 20th anniversary of the UNSCR 1325 which was unanimously adopted by the United Nations Security Council on 31 October 2000, during Namibia’s Presidency of the UN Security Council.

The Peace Centre intends to become an institute of excellence for more mediation, inclusive peacemaking and conflict prevention to support and ensure women’s contributions within Namibia, Southern Africa, Africa and globally, to advance the women, presenting more than half of the global population, are given adequate influence to contribute to humanity’s fate.  The IWPC s three main functions are on Advocacy on Women, Peace and Security; Networking and Building Partnerships and Training/Capacity Building.