'Hire more women' has been touted as a quick fix to police brutality since Rodney King. Here's why empty calls for equality fail. 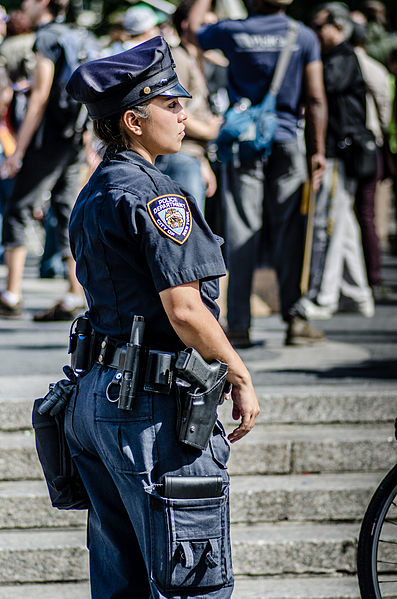 As of 2016, only 12% of full-time sworn officers in local U.S. police departments were women, according to the Bureau of Justice Statistics. In small jurisdictions, that gender disparity is even more stark. Areas with 25,000 or fewer residents reported that 8% of their officers were women, compared to 16% in areas with 250,000 or more residents.

Only 10% of supervisors and 3% of local police chiefs were women.

In response to calls for police reform, some have suggested that hiring more women is a solution to police violence. Indeed, some research has shown that female officers are less likely to use force and more likely to display empathy than male officers. Other research has come to the opposite conclusion, finding no significant gender differences between male and female officers' use of force or coercion.

The question of whether women are gentler police officers than men may be beside the point. Calls for equal representation in policing are fruitless without dramatic policing culture and policy changes, experts say. The same culture of masculinity that fuels police violence discourages women from becoming police officers, from staying in policing after having children and from rising to leadership positions within the force.

Read more: 'Hire more women' has been touted as a quick fix to police brutality since Rodney King. Here's why empty calls for equality fail. (abcnews.go.com)