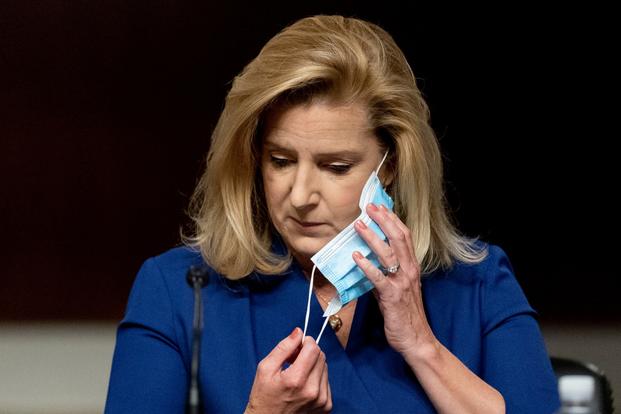 Nominee to be Secretary of the Army Christine Elizabeth Wormuth takes her mask off at a Senate Armed Services Committee nomination hearing on Capitol Hill in Washington, Thursday, May 13, 2021. (AP Photo/Andrew Harnik)

Christine Wormuth was once again confirmed as U.S. Army secretary Thursday, May 27, after the Senate revoked her confirmation the previous night over an apparent procedural snafu that was quickly resolved. She is the first woman to hold the position. Wormuth's nomination was noncontroversial, and she breezed through her confirmation hearing with little pushback from Republicans.

Read the full story: After Senate Snafu, Christine Wormuth Confirmed as the First Woman to Lead the Army (military.com)