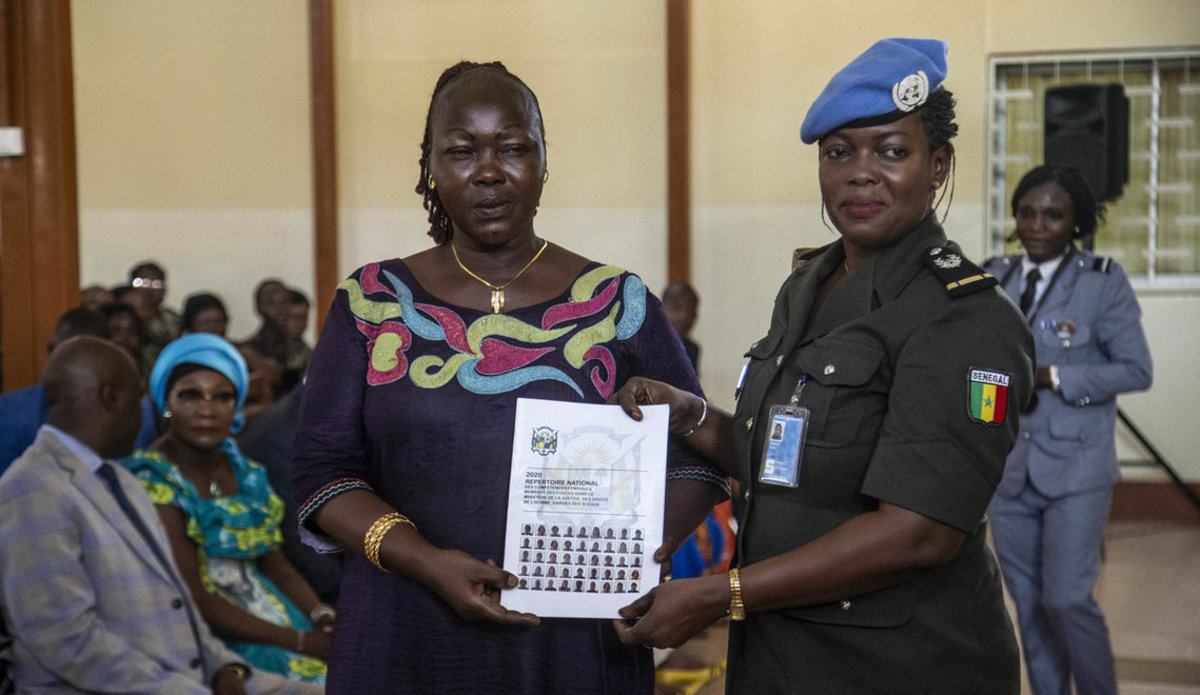 Women in uniform in the Central African Republic are counting on a newly launched Defence Forces Official Directory of Female Experts to help push for better representation of women in decision-making positions. The document, produced with MINUSCA support, was handed over to Prime Minister Firmin Ngrebada at a ceremony held in Bangui on 11 March 2020, just three days after the celebration of International Women’s Day.

Despite the fact that a woman is currently the Minister of Defence of the Central African Republic (CAR), very few women fill key leadership positions in the national security forces. The newly published directory seeks to change this.

“The document that is being presented to the government can be seen as the collective resume of the women in uniform in the national defence and security forces. It aims to push for more women in leadership roles at the decision-making level,” says Colonel Léa Yangolo, Director General of Human Resources in the Central African Armed Forces."