The US Needs a Revised Strategy on Women, Peace and Security post Trump 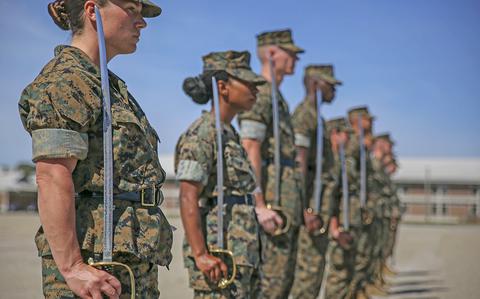 Tracing a Women, Peace and Security (WPS) strategy over the last three United States (US) administrations reveals a complicated web of priorities, dispersed responsibilities and inconclusive outcomes. In the near future, the US government needs to reconceptualize the national WPS agenda to take a more intersectional and inward approach to gender-related issues of violence and security.

Back in 2000, the ratification of Resolution 1325 by the United Nations Security Council (UNSCR) formally recognized that women and girls experience armed conflict in disproportionate and unique ways. UNSCR 1325 and subsequent resolutions, together forming the WPS agenda, addressed the need to incorporate a gender perspective into all conflict prevention and peacebuilding decision making levels, efforts to protect women and girls from gender-based violence, and relief and recovery efforts.

To implement the global WPS agenda, the United Nations (UN) called on member states to create their own National Action Plans (NAPs) that would incorporate the main pillars of the Resolution into domestic policies and local action. Of the 98 countries and territories that have created NAPs to date, accounting for more than half of all member states, all of them vary greatly on aims and measurable change due to differing needs, priorities and capabilities.

The Obama administration established the United States National Action Plan on WPS in 2011 through an executive order and revised the strategy again in 2016. The plan offered a strategic framework, aligned with UNSCR 1325, for different US governmental departments to improve women’s participation in conflict prevention and resolution leadership as well as access to humanitarian aid and protection.

Then in 2017 a major shift in US engagement with the global WPS agenda occurred – Congress passed the bipartisan Women, Peace and Security Act (S. 1141). This law made the US the first country to legally mandate a strategy for increasing women’s participation in conflict prevention and peacebuilding processes.

Despite the landmark nature of the WPS Act, the law itself signalled a shift away from the global WPS agenda. Instead, it mandated that the President envision a new national WPS strategy. The Trump administration’s US Strategy on Women, Peace, and Security of 2019 effectively superseded the Obama administration’s NAP and redefined key pillars and objectives for a US approach.

The national strategy defines WPS through the lens of the Trump administration and outlines four main pillars for all national-led objectives:

1.     Improving the participation of women in conflict-related decision making.

4.     Encouraging partnerships with other governments.

The use of contradictory language in the strategy diminishes both the experiences of women and girls in conflict and the importance of incorporating a gender analysis into all decision making and programming processes. When addressing the experiences of women and girls in conflicts, the strategy labels them as ‘sometimes disproportionate’ in a clear departure from strong UN language that calls out the ‘disproportionate’ and uniqueness of gender-related impacts of war.

The single mention of a ‘gender analysis’ in reference to achieving the goals of the strategy is followed by ‘as appropriate.’ Whereas UNSCR 1325 repeatedly expressed an ‘urgency’ and ‘willingness’ to incorporate a gender perspective to peacekeeping operations and diplomacy, the Trump administration did not elaborate on the significance of a gender lens or how, if at all, one would be used to implement the WPS strategy and improve women’s participation in the security sector.

The language of the 2019 strategy is also almost entirely externally focused, with an emphasis on addressing armed conflict in other countries rather than WPS-related issues within the United States. The strategy affirms a US approach to global leadership and involvement in other country’s gender-related challenges without offering any guidance on addressing domestic gender inequalities and injustices. WPS-related issues disproportionately affecting women in the US – especially members of Black, Latinx, Native American, AAPI, LGBTQI+ and immigrant communities – therefore fall through the cracks.

This re-write of the global WPS agenda matters because it became the blueprint for agency-specific WPS plans released in 2020. The 2017 law on WPS gave the responsibility of implementing the Trump administration’s strategy to four specific agencies: the United States Agency for International Development (USAID), the Department of State (DOS), the Department of Defense (DoD) and the Department of Homeland Security (DHS).

A recent congressional report published this past summer by the Biden administration now reveals the successes and major obstacles each department faced. Some highlights from FY2019-2020 include that USAID invested more than $400 million into programs that empower and protect women and girls in conflict-affected areas, DOS helped support an estimated 487,922 individuals access gender-based violence prevention and response services, DoD saw eight joint military commands employ a full-time Gender Advisor, and DHS trained more than 12,600 women to enter law enforcement.

The COVID-19 pandemic challenged WPS implementation particularly by disrupting in-person communication channels and compounding vulnerabilities and violence experienced by women and girls. The sustainable change resulting from some implementation objectives as reviewed across the agencies thus far appears difficult to measure, especially concerning upscaled trainings and education about WPS-related rights and issues. Calls for more sex-disaggregated data to understand the scope of women’s participation in the security sector and gender-based policies and operations were echoed by DOS and DOD.

However, this is not the final destination for a US strategy on WPS. The first reporting process presents an opportunity for the Biden administration to connect the work being done in a security context to other national agenda items promoting gender equality.

Back in March 2021, the Biden administration announced the creation of the first ever White House Gender Policy Council that will focus on advancing gender equity and equality by collaborating with civil society, governmental agencies and the White House to offer policy recommendations and program support on gender-related issues. Just this October, the administration released another ‘first’ – a new national gender strategy developed by the Council that explicitly states it will take an intersectional approach to understanding gender issues, including economic security, climate change and gender based violence among others.

That National Strategy on Gender Equity and Equality also expresses the Biden administration’s commitment to strengthen gender integration into the security sector and the reporting mechanisms for survivors of sexual violence. While this strategy attempts to take a much more comprehensive look at gender issues than articulated by the Trump administration, the strategy does not yet specify what exactly these WPS-related reforms and recommendations will look like or how they will be enforced.

Now approaching one year into the Biden administration, and with this new national gender strategy in hand, there are several actions that can help begin reshaping a more inclusive and transformational WPS strategy in the United States:

·       Legally Mandate a Gender Analysis: In the recent congressional report, the Department of State identified the lack of a hard legal mandate for the inclusion of gender analysis as a key barrier to engagement with WPS across the department’s policy, diplomatic and foreign aid work. The Biden administration should mandate a gender analysis across all departments and agencies of the Federal Government that moves beyond thinking of gender as just women and girls and ensures that all programming and operations design prioritize gender from the earliest phases of design.

·       Prioritize the Participation of Women: Women of diverse identities and backgrounds must be active and welcomed participants in all conflict prevention, peacebuilding and security operations, and as researchers, consultants and community leaders addressing WPS-related challenges and other intersectional issues such as climate change and the economy. The Biden administration recently stated in the gender equity and equality strategy that it will amplify internal efforts to train, fund and recruit women in government roles working on WPS as well as support the work of women-led organizations responding to humanitarian crises and increase the amount of women in the security sector specifically working to prevent terrorism in the US and abroad.

·       Include the Department of the Interior: Thinking outside of traditionally defined structures of ‘security’ and situations of armed conflict, this federal agency would incorporate a critical perspective and indigenous women leadership to understandings the everyday social and economic WPS-related issues affecting indigenous women. Data shows that indigenous women experience gender-based violence at disproportionately higher rates than women of other ethnic or racial backgrounds in the US and are under-represented in all levels of government decision making. Canada’s National Action Plan (2017), for example, importantly addresses the systematic discrimination and violence indigenous women face and the need for their specific inclusion in peace and security processes and decision making.

·      Support and Fund the White House Gender Policy Council: The recent creation of this Council to specifically focus on promoting gender equity and equality offers a unique opportunity to engage with and strengthen the WPS strategy of the United States. Over the course of this administration, the Council should review the 2019 WPS agenda through an intersectional gender lens and in relation to the new national gender strategy to offer recommendations for a revised WPS agenda and future design of reporting mechanisms for the departments tasked with implementing the strategy. Perhaps most importantly, these gender-related recommendations of the Council and women community leaders in the US must be taken seriously by governmental institutions still dominated by white men.

Caroline Kinsella is a current postgraduate student at the London School of Economics pursuing an MSc in Gender, Peace and Security