Prioritizing power over people: the sexual violence epidemic in the US military 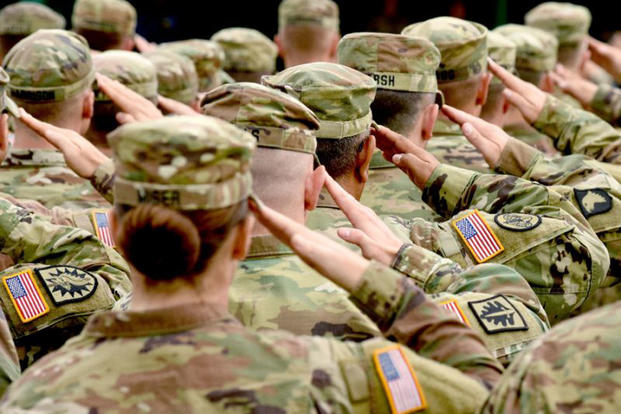 Although the recent National Defense Authorization Act (NDAA) for fiscal year 2022 made important changes about how the military prosecutes sexual assaults and other crimes, the new chain of command fails to reflect the transformational vision of many survivors, veterans and policy makers calling for an a truly impartial or independent military justice system. Addressing this deeply rooted crisis of intra-personal violence with American security institutions must start by breaking all barriers that hinder survivors from coming forward and justice being served.

In 2018 alone, a staggering and (under)estimated 20,500 instances of sexual assault took place in the US military, according to a US Department of Defence report. Women in the military continue to disproportionately experience sexual violence. Although women only comprise 16 percent of enlisted forces, more than half report experiencing harassment and 63 percent of the 20,500 incidents of sexual violence in 2018 targeted women.

Yet for years the justice process and existing reporting mechanisms have stopped many survivors from telling their stories and pursuing accountability. The Uniform Code of Military Justice has allowed the accused’s commander to decide whether to investigate instances of sexual assault and pursue legal action. In 2019, just 7 percent of sexual assault cases that the DoD took action on resulted in a conviction. Survivors also fear retaliation and stigmas from the perpetrator and their superiors, as well as fear the effects that coming forward will have on their future career. These are some reasons explaining why only one in four sexual assault incidents is reported to military authorities.

It is then noteworthy that the $770 billion National Defense Authorization Act (NDAA) for fiscal year 2022, signed by President Biden on December 27, requires that crimes such as sexual assault and domestic violence be investigated by independent prosecutors rather than commanders. Following the bill becoming law, President Biden also signed an executive order on January 26, 2022 that amended the Uniform Code of Military Justice to make sexual harassment a punishable offence.

These policy changes are necessary advances in sexual violence accountability and an ongoing process of transforming a justice system that fails to protect service members from each other. Yet in the final version of the bill signed by President Biden, military commanders still retain control over jury election and selection of witnesses. The bipartisan draft of the bill completely removed commanders from this process, but the final version left this in place. These gaps in independent review and justice leave a deeply biased system intact and disregard the urgency of fundamentally independent judicial bodies.

The importance of independent justice systems for prosecuting sexual crimes in the military has gendered implications that extend beyond a narrative of women as the only victims of this epidemic. Understanding the masculinized nature of the US military is essential when addressing this crisis. A 2014 report, Uprooting the Culture of Sexual Assault of the Armed Forces through a Gender AwarePerspective, suggests that a ‘hyper-masculine culture’ built on restrictive gender stereotypes of dominance over others, aggression and violence fuels a culture of sexual assault within the US military. Further research needs to explore these hierarchies of masculinities and how they construct an environment that fosters violence and impunity in both who is perpetrating assaults and also how predominantly male military commanders choose not to pursue justice.

It is necessary to also understand the gendered nature of shame and stigma preventing male sexual assault survivors from coming forward. Since there are more men in the US military, the rate of sexual violence among men is much lower than that of women. But the actual number of sexual assaults experience by men is actually similar to that of women – about 10,000 each year according to DoD data. Still, four in five men who experience sexual assault in the military do not report it, often fearing they will not be believed, ashamed that it had happened to them and that it will cost them their career.

Looking at this sexual violence crisis through a gender lens begins to make visible the implications on LGBTQ+ service members who have historically been discriminated against in the US military. Although the “Don’t ask, don’t tell” federal policy forcing service people to conceal their sexuality was finally repealed in 2010, a legacy of silence continues. The US military does not publish any data regarding LGBTQ+ service members, therefore creating a major gap in the understanding of how the gendered military system puts certain people at heightened risk of sexual violence. Yet recent research by the RAND Corporation suggests that about half of all military sexual assaults target LGBTQ+ service members.

This is a human disaster. The trauma and self-harm risk of sexual violence survivors in the military based on their assault experiences and trouble with the legal system is urgent. Lynn Rosenthal, head of a 2021 independent review commission on sexual assault in the military, found that 100 percent of assault victims interviewed had suicidal thoughts or attempts and felt trapped by their experience of assault within the nature of military life.

“And when policies aren't followed and their cases are not handled and they're notable to either transfer from their units or have their commanders transfer the alleged offender from their unit, and when members of the unit isolate them, choose sides between them and the alleged offender, bully or ostracize them, it feels overwhelming,” Rosenthal told Nick Schifrin of PBS News in July 2021. “And that can result in suicidal ideation.”

Challenging this culture of social stigma and fear of retaliation, deeply rooted in gender norms, must be addressed in prevention efforts moving forward. Changes to reporting mechanisms are one important step toward a more equal and fair justice system in responding to crimes already committed. Yet without also prioritizing how fellow military members may respond and treat a survivor who bravely comes forward, and the bias presented by still allowing military commanders some judicial powers, will hinder the reduction of sexual assault risk factors and prevention of further violence.

This culture of sexual violence continues to obstruct recruitment efforts of the Department of Defense agency and federal government to increase women’s participation in the military and security sectors, which is a key aim of the US Strategy on Women, Peace and Security (WPS). In fact, a 2020 report by the Government Accountability Office (GAO) found that sexual assault is one leading factor why women are actually 28 percent more likely than men to leave military service earlier in their careers. This in turn likely perpetuates a cycle of under-represented women in military roles and subsequent male-dominated leadership and unchallenged toxic masculinities. Addressing the prevalence of assault and stigmas that women face as a result of their gender is a necessary requirement for advancing women’s meaningful participation in the US military.

The recent policy reforms in the National Defense Authorization Act of 2022 are a result of brave service members sharing their stories of sexual assault and years of advocacy by survivors, veterans, civil society advocates and policy makers like Senator Kristen Gillibrand (NY). This is an encouraging sign that the military justice system is not in fact fixed and that there might be room for further negotiation and reform in the future. Yet the significant changes from the bipartisan draft to the final version signal a long road ahead.

Caroline Kinsella is a current postgraduate student at the London School of Economics pursuing an MSc in Gender, Peace and Security.