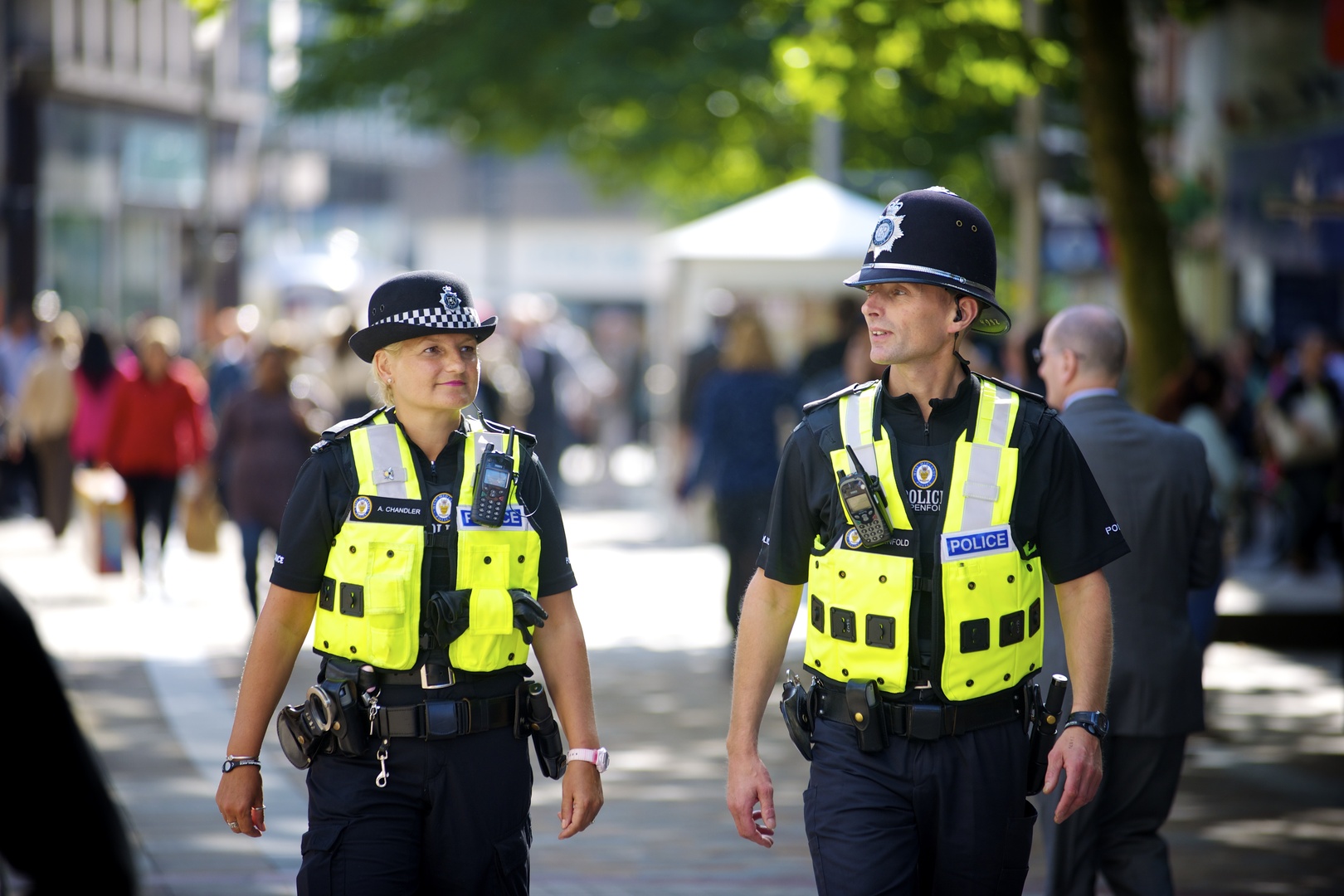 2021 was a watershed year for UK police services in particular the London Met. Following the Sarah Everard murder by a serving police officer in September, came the findings of the report of the Independent Office for Police Conduct (IOPC) into the bullying, misogyny and sexual harassment by fourteen officers mostly based at Charing Cross Police Station.

Their investigations went back to 2016, after it was alleged that an officer had sex with a vulnerable woman in the police station itself. Despite public apologies from the Met’s senior officers, and acknowledgement that the behaviour of these officers was“disgraceful” there is need for real change. None of the officers were prosecuted in a civilian court; all were dealt with internally. Two were dismissed for gross misconduct and barred from future employment with the police, two officers resigned, and the remainder only face internal disciplinary action .

In December 2021 Claire Waxman, London’s Independent Victims Commissioner, published her report on Rape in London Update which revealed that two-thirds of victims of rape in London dropped their complaint because they felt they were unbelieved and belittled by the police. Waxman’s report highlighted how victims’ failure to follow through with their case has risen during the pandemic:  in 2021 65% of victims pulled out, 7% more than in 2019; and among that two-thirds of complainants who dropped out, 64% did so within 30 days, a rise from 18% in 2019.  Many victims reported a fear of “digital strip searching” which would involve handing over their phones to the police to go through all their data. This is no longer the case, however: the CPS and police scrapped these “digital strip searches” of rape complainants as a result of sustained campaigning by human rights activists but, as Waxman points out, complainants are not always aware that they no longer have to handover their phones.

So when can we expect to see change? SecurityWomen has been calling for the recruitment of more women into both the UK’s London Met and country wide police services, and internationally among the UN’s peace keeping police who follow up charges of assault and other crimes in conflict and post-conflict countries. Currently women comprise less than a third of the UK’s police forces (32%), and even less (28.2%) among the UN’s police. SecurityWomen believe a better gender balance in police services will contribute to wider understanding of human security issues, in turn leading to improved policies and operations. More women in senior positions in the services will be role models and encourage more girls and young women to join the police.

In the UK misogyny is still not recognised as a crime despite campaigns for it to be made so with calls for its inclusion in the recently passed Domestic Abuse Act. Several police services do record hate crimes which appear to be based on misogyny, and in late 2021 all forces were required to record “crimes caused by ‘hostility’ based on sex or gender.”

In December 2021 the National Police Chiefs Council, in conjunction with the College of Policing published a National Framework for Policing Violence Against Women and Girls, Delivery Plan for Year 1. This framework requires police services to make a fundamental shift in culture to prioritising crimes that are related to VAWG;  they will also be required, by a new local duty, to include VAWG as part of any response to violent crime. Following on from this, the Home Secretary is expected shortly to announce that VAWG will be added to the Strategic Policing Requirement for police services inEngland and Wales, which Dame Vera Baird QC has described as a “game-changing move” to deal with a problem now reaching “epidemic proportions.” This SPR will require chief constables to take account of VAWG in their policing plans, which determine the key areas police services are expected to deliver on.

SecurityWomen welcomes these initiatives, but the test will be in how they are implemented during 2022 to rebuild the trust of the British people; bringing more women into police services will be one way of ensuring the police properly reflect the communities they exist to serve. What is unlikely to help re-build trust with the public, however, will be the introduction of the Policing, Crime, Sentencing and Courts Bill (PCSC Bill), currently going through Parliament.

When put into force this legislation will enable the police to restrict public protests on the grounds they may result in “serious public disorder,” and limit demonstrations’ visibility by requiring them to follow specific routes. Even an individual holding up a placard and using a loudspeaker, who refuses to move on, could be fined up to £2500. The aim of the bill is to prevent the type of protests undertaken by Extinction Rebellion last year, when they occupied roads and bridges, but in so doing it will also restrict other forms of peaceful protest, such as those which took place during COP26. Another clause in the Bill covers damage to memorials (eg the toppling of the statue of slave trader Edward Colston), and could lead to up to ten years in prison. It is also feared the Bill will increase stop-and-search by the police, and restrict the movement of traveller communities.

These measures are seen as draconian by some people and compared to what Putin is enforcing in Russia, imprisoning anyone protesting against his invasion of Ukraine, reputedly including locking up children peacefully demonstrating with their mothers. Speaking on the right to demonstrate in a recent Parliamentary debate, Sarah Jones MP, said “Over the past five days, thousands of people have been arrested and detained at anti-war protests across Russia……yet here we are debating an amendment to a Bill that would criminalise singing at a peaceful protest in this country.”

In the same debate MPs also voted to scrap a proposal passed in the House of Lords to make misogyny a hate crime as part of the same legislation. Home Secretary, Priti Patel, argued that inclusion of misogyny as a hate crime would be a “tokenistic” move, and other parts of the legislation will toughen sentencing for serious sexual offences and domestic abuse.

How these changes are implemented in 2022 will be critical for restoring the public’s trust in the police. In particular they need to regain the trust of women whose experiences of sexual and domestic abuse have been dismissed or belittled.

Caroline is Research Manager with Security Women, and a former international development consultant.