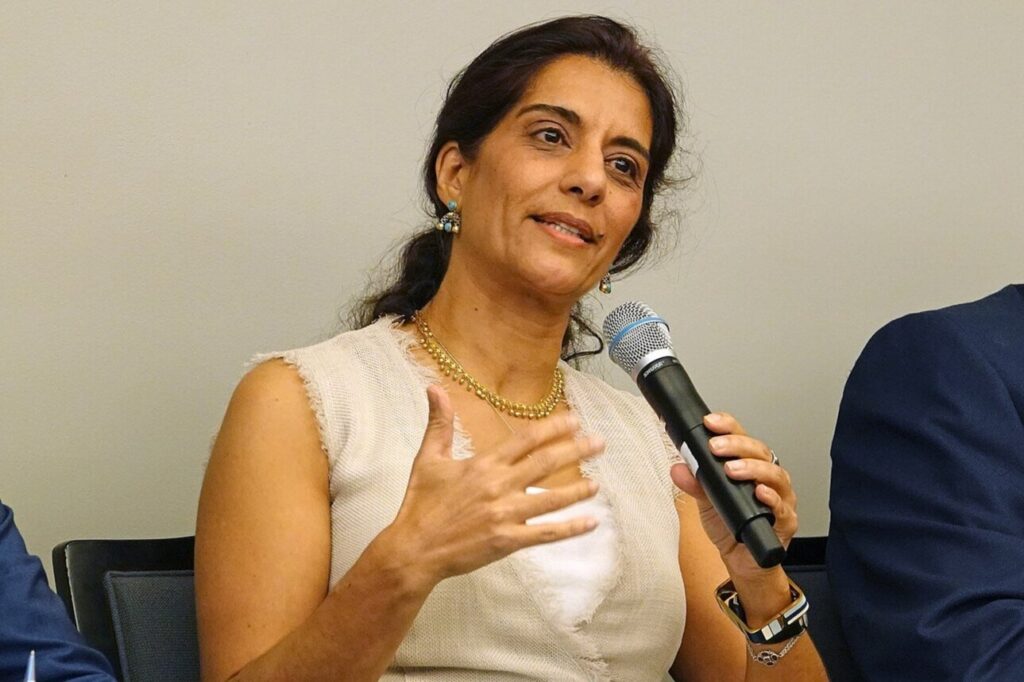 “When COVID happened, we were immediately, as a global community, talking about the gender dimensions of the COVID response. This discourse didn’t exist 21 years ago,” said Sanam Naraghi Anderlini (Wikimedia Commons)

Last year marked 20 years since the passage of the landmark Security Council Resolution 1325, which first acknowledged the disproportionate and unique impact of conflict on women and girls and initiated what has become known as the Women Peace and Security Agenda. With conflict continuing to rage in many countries throughout the world, the issue of women affected by conflict retains its resonance and relevance.

In a recent interview in Ms. magazine, Sanam Naraghi Anderlini, founder and CEO of the International Civil Society Action Network (ICAN) and director of the Centre for Women, Peace and Security at the London School of Economics discusses what has been accomplished by the Women Peace and Security (WPS) Agenda thus far and what more needs to be done.

Although Ms. Naraghi Anderlini notes progress in recognizing the role of women in mitigating  violence and its impact on women, she still sees widespread exclusion of women during peace negotiations:

There’s a tendency among our diplomatic community or media to blame the local “culture” for excluding women—but women are dealing with men quite effectively on the ground, even in Afghanistan. These are false assumptions that “over there” women are excluded.

In reality, if the exclusion of women from peacemaking was cultural, it would look different across different cultural contexts—say Colombia to Yemen.  But the exclusion is uniform, because the peace table is framed as a place for the division of power and interests. It is almost absurd to see how this plays out across the board. From Nepal and Yemen to Northern Ireland or Israel, Palestine, we have seen the political and military elite, at war with each other, unable to agree to anything, yet they stand united when it comes to excluding women peacebuilders from the processes. I think it’s because they are afraid of the women. They are afraid of being held accountable.