Women, Peace, and What is Security? 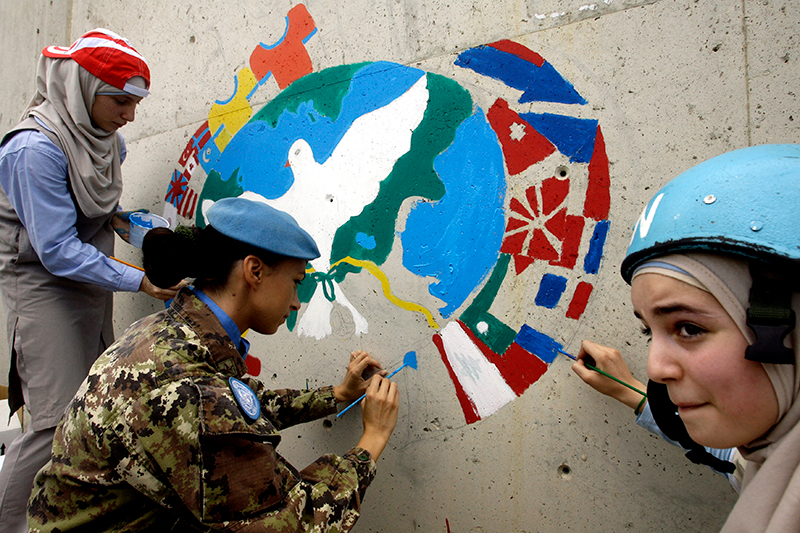 MAHMOUD ZAYYAT/AFP via Getty Images Children join an Italian peacekeeper to paint a message of hope in the southern Lebanese town of Naqura during International Day of Peace.

In 2000 the U.N. SecurityCouncil adopted Resolution 1325 on Women, Peace and Security with a key priority of Increasing the participation of women in peacemaking and conflict resolution. Over the ensuing years and during this past year in particular some have questioned whether the security should be defined more broadly.

This article contends that there are security issues beyond conflict that the WPS framework can and should be applied to. Increasingly, traditional framings of security have been challenged by actors within the UN system, beginning with the United Nations Development Programme's 1994 Human Development Report. The report evoked a new concept of global human security that is universal, people-centered, comprised of interdependent and cross-border factors---such as famine, disease, pollution, terrorism, and ethnic disputes---and is "easier to ensure through prevention than later intervention."

Read more: Women, Peace, and What is Security? (reliefnet.int)