Women on the Front Line in Myanmar Protests 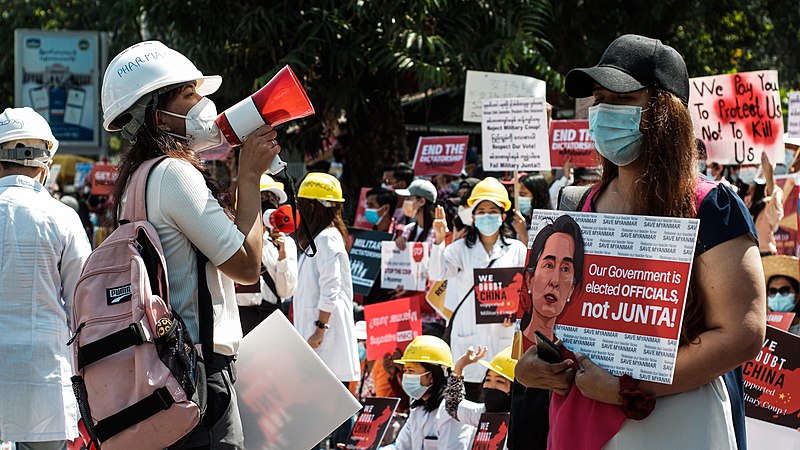 Despite the risk to their lives, with over 50 killed so far, women have stood at the forefront of Myanmar’s protest movement, sending a powerful rebuke to the generals who ousted a female civilian leader and reimposed a patriarchal order that has suppressed women for half a century.

By the hundreds of thousands, women have gathered for daily marches, representing striking unions of teachers, garment workers and medical workers — all sectors dominated by women. The youngest are often on the front lines, where the security forces appear to have singled them out. Two young women were shot in the head in early March and another near the heart, three bullets ending their lives.

“Even though these are dark days and my heart breaks with all these images of bloodshed, I’m more optimistic because I see women on the street,” said Dr. Miemie Winn Byrd, a Burmese-American who served as a lieutenant colonel in the United States Army and is now a professor at the Daniel K. Inouye Asia-Pacific Center for Security Studies in Honolulu. “In this contest, I will put money on the women. They are unarmed, but they are the true warriors.”

Read more: "She Is a Hero’: In Myanmar’s Protests, Women Are on the Front Lines (nytimes.com)