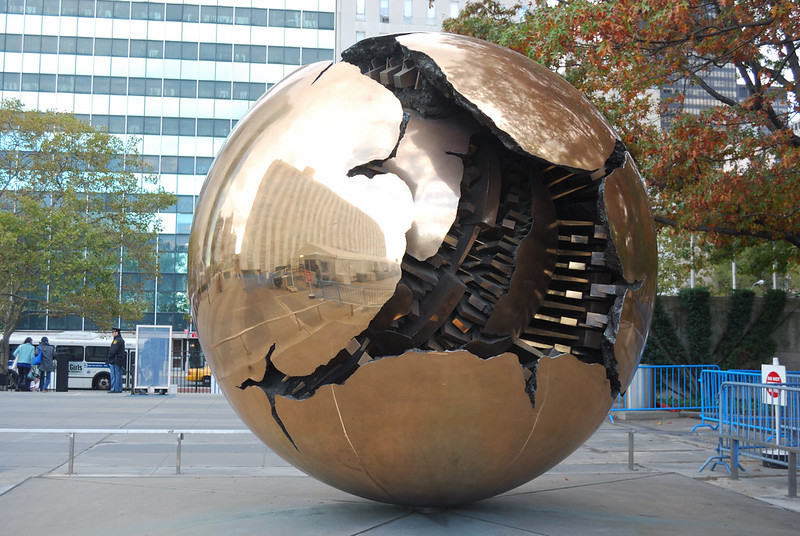 The Resolution recognises the need for security sector reform through five articles.

Women who are given equal and meaningful participation in the security sector, are able to effectively contribute to long lasting peace and sustainable development. However, women struggle to obtain equal opportunities to men in politics, the judiciary, and peace processes including negotiations.

The rebuilding of Rwanda is a poignant example. Women comprised 70% of the population in post-genocide Rwanda, after the devastation killed much of the male population, or sent men fleeing to border countries. Women were instrumental in the Rwandan recovery - mobilising support for widows and orphans, cleaning and reconstructing buildings. They were extremely vocal and involved in political discussions and peace negotiations.

These articles address the necessity of security sector reform across UN member states. There is a correlation between security reform and increased accountability through the rule of law. The security sector needs reform in effectively integrating police, armed forces and general civil protection systems, and transparency in procedural actions/behaviour. Such reforms would facilitate access to justice, promote human rights and draw attention to abuses of those rights, with a community-centric focus,  which would build trust between civilians and the security sector

This article addresses the role of UN peacekeeping in security reform, reinforcing the need for peacekeeping operations to facilitate trust between national security institutions and actors, and their populations.

UN Peacekeepers are key actors in minimising conflict, as their principles of neutrality and non-use of force (unless in self defence or carrying out an order), sets them apart from national security actors, who are often disliked and distrusted due to excessive brutality, abuse of human rights and sometimes carry out injustices toward communities and/or minorities - especially women. The behaviour underlying such abuse of power is tackled within Security Sector Reform which emphasises not only the importance of a professional approach to tackling crime, but also the importance of maintaining a symbiotic relationship with the local community.

This article specifically acknowledges the women and girls who were former combatants or violent individuals and who need to be reintegrated into society. This also includes daughters and wives/widows of armed groups. Such women are important in reforming the security sector, especially if they are given equal and meaningful opportunities in peacekeeping, police and armed forces, or general civil protection systems. This article also recognises that training for security personnel is crucial, which includes educating the sector on the need for more women, highlighting sexual violence abuses against women , and implementing effective vetting processes to exclude perpetrators of sexual violence from entering the security sector.

The full resolution can be found here. Resolution 2553 is a progressive step in reforming the security sector, especially for the Women, Peace and Security Movement. Women must be given opportunities to join this sector, and this latest development is an indication of the UN’s growing commitment to facilitating this.