Ukrainian women to be conscripted as the country faces Russian forces 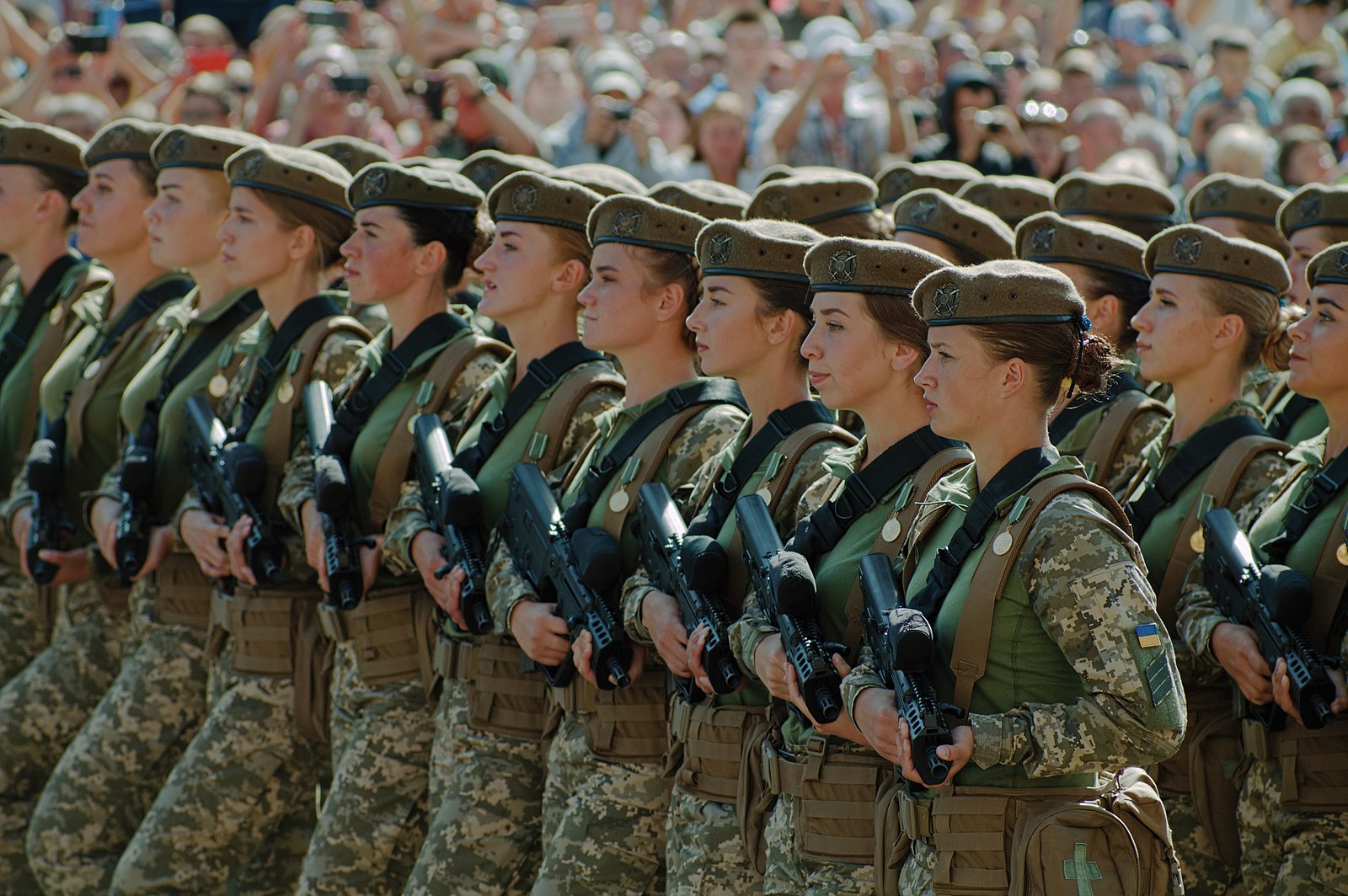 Military parade in honor of the Independence Day of Ukraine | Source: spoilt.exile via Flicker

With over 100,000 Russian troops on the country’s border, Ukraine’s Ministry of Defence has updated regulations to expand its national reserves by requiring more women to register with the Armed Forces. Now, women working in a wide range of professions, including librarians, journalists, musicians and psychologists, will be required to register for potential combat service.

Women have been included in Ukraine’s military since 1993. In 2020, more than 31,000 women were serving in Ukraine’s Armed Forces, representing 15.6% of the national force. Over 900 women held senior command positions, including 109 platoon commanders and 12 company commanders. During the 2014 invasion of the Donbass region by Russian forces, 257 women received state awards for their combat service, of which nine were awarded posthumously. Other women served as civilian volunteers helping to procure supplies and equipment, and deliver them to the front line.

“This sends a powerful signal to Moscow that Ukrainians are ready to resist,” said Oleksandra Ustinova, a member of Ukraine’s national parliament. The MoD will be issuing more information about the registration process over the next few weeks. SecurityWomen supports Ukraine’s government for encouraging women to play their part in the country’s defence, and hope more women will gain positions of command enabling them to show their leadership skills.
‍