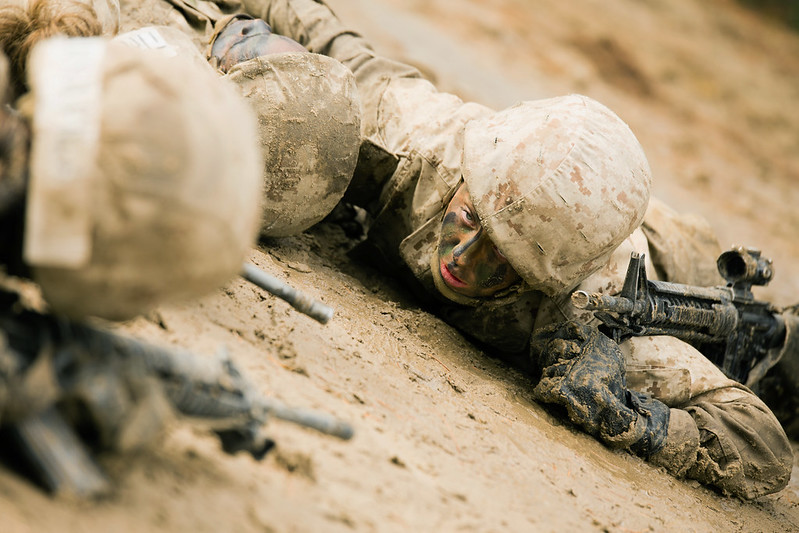 In recent months, as lawmakers have pushed the Marine Corps to combine men and women in the same training platoons, how to proceed with creating Marines in boot camp is the latest struggle for its identity.

The proposal to place men and women in the same platoons at boot camp, already well-practiced in other military branches but long resisted by the Marines, is only one part of the service’s move toward gender integration and follows the opening of combat arms schools and units to women. The status quo of gender segregated training at Parris Island and the Marines’ other recruit depot, in San Diego, has for years been a sort of psychic Alamo in the Corps.

Along with giving some of the history of the Marines' move toward gender integration, this article portrays in photos and narrative the ways in which male and female platoons work together during recent field exercises.

Read more: The Marine Corps Battles for Its Identity, Over Women in Boot Camp (nytimes.com)