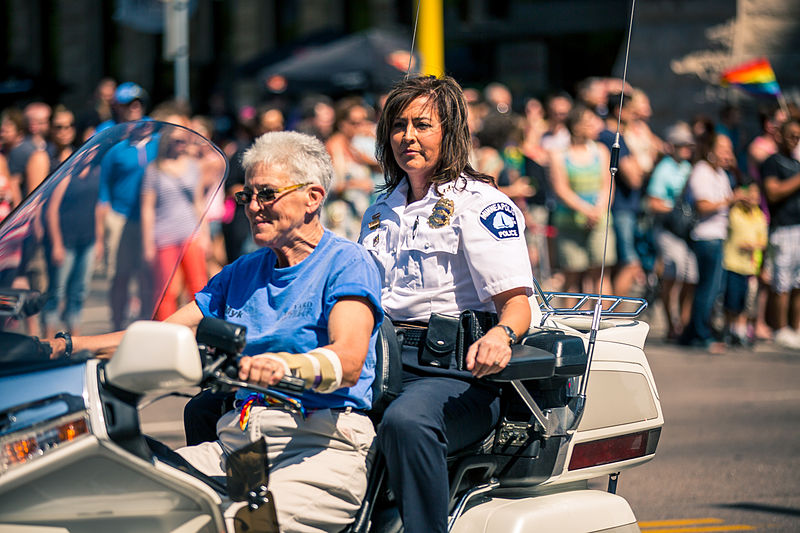 The documentary,Women in Blue, follows five women police officers—including former Minneapolis Police Chief Janeé Harteau, the city’s first female police chief—as each tries in their own way, at their own levels in the department, to play a role in bringing equity to the Minneapolis PD. Women in Blue had its first screening on May 23 as part of the Minneapolis St. Paul International Film Festival; it was shifted to a virtual event as the city continued to shelter in place in response to the COVID-19 pandemic.

The 82-minute film highlights the attributes women bring to police departments and asks, “What could policing look like if there were more women? [and] What skills do we want our officers to have?” said the director, Deirdre Fishel, an independent director and associate professor at City College of New York, during a post-screening virtual Q&A. Multiple studies spanning 50 years show that female officers lead with deescalation and communication, while male officers are more likely to lead with force and aggression.