The return of the Taliban could derail the Women, Peace and Security Agenda in Afghanistan 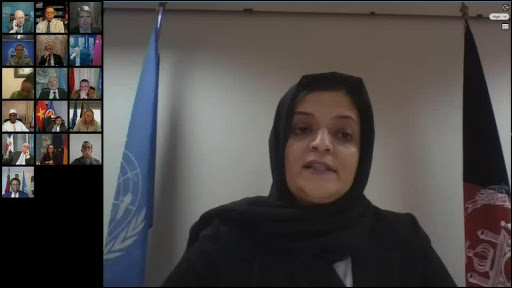 Afghanistan, ravaged by 40 years of violence, political stability and insecurity - and most notably since 2001 -  is at a critical juncture in its history.

The year 2020 marked 20 years of UNSCR 1325 and the Women, Peace and Security agenda. The UN hosted a plethora of online webinars and discussions with women working in the security sector around the globe, women-led grassroot organisations and notable female political leaders, calling for an increase of women participating in peacebuilding, greater access to justice and further protections from human rights violations. 2020 also marked historic peace talks between the Afghan government and the Taliban, a process that is ongoing, potentially volatile, and brokered by the US government.

Women and girls are disproportionately at risk should the Taliban resume power.  This could lead to a derailing of the WPS agenda in Afghanistan in the years to come. In 2020 alone, there has been a spate of targeted attacks against women peacebuilders - such as the murder of Freshta Kohistanion on 24 December -  military personnel and police officers. Women holding public professions have been particularly targeted since the start of the peace talks in Afghanistan. The gunning down of two women judges on 18 January 2021 is a recent example.

On 29 October 2020,  Zarqa Yaftali, Executive Director of the Women and Children Legal Research Foundation, and a prominent women’s advocate in Afghanistan, addressed the UN Security Council Open Debate on Women, Peace and Security, in which she relayed the progress women in Afghanistan have made since ousting the Taliban:

‘Today, Afghan women are gaining respect and recognition as they begin to flourish in all walks of life, as doctors, taxi drivers, and film-makers. Women in Afghanistan are also ministers, women who, under the Taliban regime, were deprived of the most basic rights to education, employment, and freedom of movement. Today, they are in a position to influence policy and shape the future of our nation.

Much of this change is only due to the role women played in advocating for their rights over the past two decades. Women’s increasing participation in public and political life has changed harmful social norms and expectations around our role in Afghanistan. Afghan society today is ready to see women lead this country into the future.’

Afghanistan launched a National Action Plan in 2015, as indication of its support of female inclusion in governance, peace and security . One NAP objective is  ‘to achieve participation of women in the decision making and executive levels of the civil service.’ Yet in spite of its NAP commitments, 21% of Afghan civil servants, and 27% of Afghan MPs are women. Moreover, in 2019 Afghanistan had only 1,551 female police officers (one for every 10,000 women) , in a police force comprising 112, 400, and 1,700 women serving in the Afghan National Army,  which comprises 180,900 Afghans - constituting less than 1 percent of the Army.

Many women in Afghanistan’s police force are disrespected, attacked and sometimes even killed for becoming police women, thus making it incredibly difficult to work in the security sector. Women in the Afghan National Army face opposition from their families and male colleagues, struggle to attain promotions, assignments and training/career development opportunities. Women peacebuilders and negotiators are poorly represented at both the national and international level, most recently indicated through current peace talks between the Taliban and Afghan government , where only four out of twenty one  government negotiators are women.

During the Geneva Conference in November 2020, international donors pledged up to $12 billion in conditional aid for the development of human rights and sustainable peace in Afghanistan, over the next three years. Yet, while this is a progressive step, the current escalation of violence carried out by the Taliban in the past few months- including attacking universities and colleges-  during peace talks with the Afghan government, is an indication that the Taliban have not changed their position on the rights of women , which could have adverse consequences for the women who have made progress in peace and security in recent years.