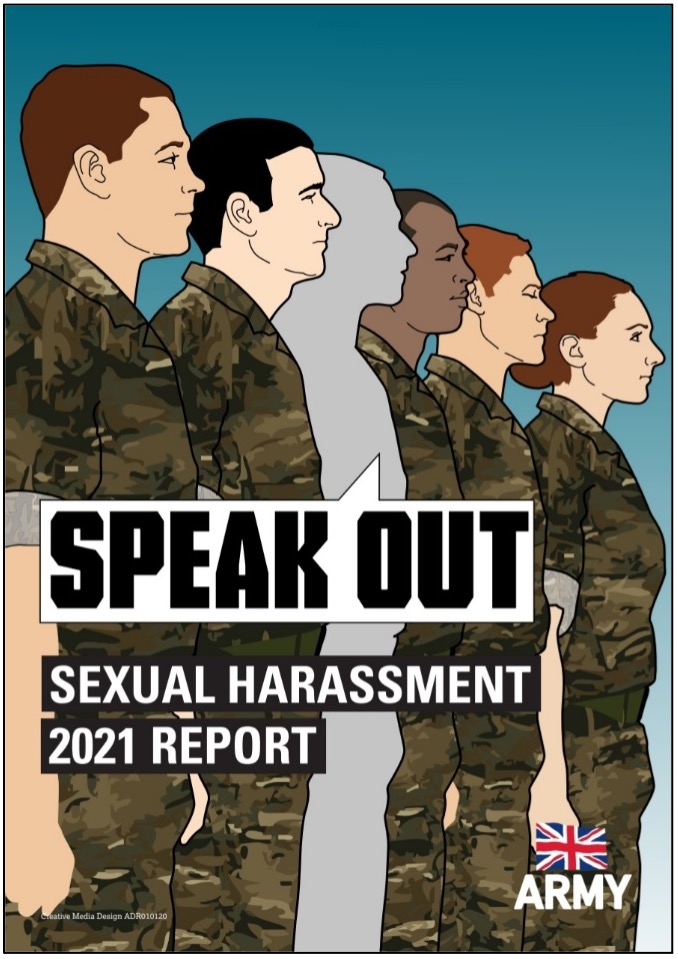 The cover of the 2021 Sexual Harassment Report, published by the Ministry of Defence; Accessed via https://www.gov.uk/government/publications/army-sexual-harassment-survey-2021

The results of a recent government survey on experiences and perceptions of sexual harassment in the armed forces make for grim reading. In this most recent roll out of the survey (previously conducted in 2018 and 2015), 87% of servicewomen viewed sexual harassment as a problem in the British army, and 65% of servicemen agreed.

Major reasons for the prevalence of harassment and abuse cited by participants included:

Concerningly, the 2021 survey found that fewer personnel recognised the full range of named behaviours as examples of sexual harassment than the participants in the 2018 study had done. This was particularly the case among servicemen. Such a finding suggests failures in the army’s education policies and poor understanding among servicemen of the severity of their actions. Indeed, only 43% of respondents stated that they had received sexual consent training, although 88% believed it was an effective measure.

Nevertheless there are some positives to be gleaned from the report, as the percentage of personnel who experienced generalised behaviour such as telling sexually explicit jokes or making gestures of sexual nature was markedly lower than in 2018. (Although this reduction was far less pronounced among female personnel). The extent to which this decrease reflects true progress in the culture of the armed forces or simply the unusual circumstances of the pandemic will not be clear until the next survey is published in 2025.

The results of the MoD’s Sexual Harassment Survey 2021 were published online on 31st March 2022 and the full report is available here.

Alice MacLeod is a PhD student researching intersections between language, gender and security.