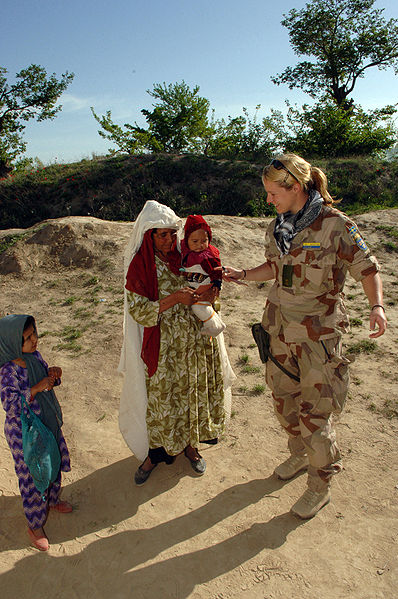 In 2014 Sweden became the world’s first country to declare a feminist foreign policy. The goal, creators said, is to promote participation of women in politics while at the same time building them up economically.

In December, Sweden increased its military budget by 40% between 2021 and 2025 – its largest since the Cold War. Even as hawks applauded the move, however, it left some supporters of the country’s signature feminist foreign policy concerned.

The expansion of the nation’s military industrial complex could mark a step backward – reinforcing, in their eyes, an old-fashioned vision of security wedded to amassing arms and marshaling troops. According to Corinna Horst, senior fellow at the German Marshall Fund in Brussels, a feminist approach involves “talking about security in a different way. It’s no longer just boots on the ground – military stuff and tanks.” It’s also climate change and radicalization, as well as seemingly domestic issues like the pandemic and migration, she says.