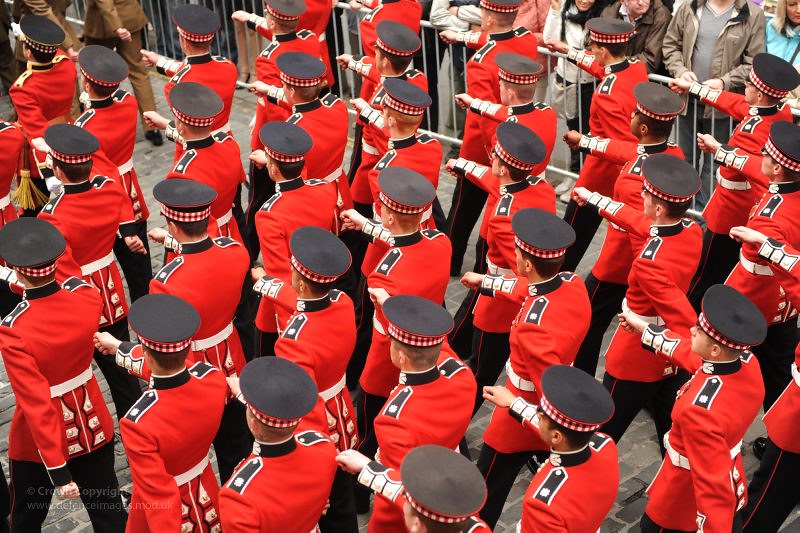 Women have only been granted access to all roles in the UK Armed Forces since 2018. However, the working conditions within the military have often failed to ensure the security of serving female personnel. Recent reports led by Sarah Atherton, Conservative MP and Air Chief Marshal M Wigston, have highlighted the prevalence of sexual harassment, bullying and discrimination experienced by female armed forces members.

Entitled Protecting those who protect us: Women in the Armed Forces from Recruitment to Civilian Life (2021) by the House of Commons Defence Committee (HoC) and the Report on Inappropriate Behaviours (2019) by the Ministry of Defence (Wigston Report), both reports have evaluated and provided recommendations for the handling of gender issues within the defence sector in the UK.

The Wigston report, published in 2019, was commissioned by the Secretary of State for Defence to investigate the prevalence of inappropriate behaviours in the Armed Forces. The report suggests 36 recommendations for change however, the most significant recommendation emphasised the importance of conducting further, more in-depth investigations. As a result, in 2021, a study led by Sarah Atherton MP published the findings of a Sub-Committee inquiry into Women in the Armed Forces, which united interviews and surveys from serving members and veterans.

Primary quantitative findings from the HoC report have concluded that 91% of respondents said they had been treated differently in the Armed Forces because of their gender, and 84% of women reported facing additional challenges in the armed forces to men. These problems include menstruation taboos, struggling with a work/family balance and ill-fitting uniforms and armour that fails to account for pregnancy, menopause or breasts.

One of the main criticisms evident in both reports focuses on the complaints system, which deals with bullying, harassment and discrimination (BHD). The Wigston report establishes many shortcomings of the current Service Complaints system. Most notably, the report criticises the procedure for its involvement of the chain of command in complaints and prosecutions. Many service members described a reluctance to report inappropriate behaviours for fear of physical or career repercussions. The HoC report noted that over one in three women described their experience with the complaints system as “extremely poor”, often feeling their complaints weren’t dealt with appropriately or they were subjected to negative repercussions in their professional life. Both reports highlighted a significant overrepresentation of women and minorities within the Service Complaints system. The Wigston Report strongly recommended dealing with BHD complaints outside of the chain of command however, the HoC report noted the failure of the MoD to implement an alternative system. A new Defence Authority has been suggested by both reports, which would be responsible for more substantial and centralised reporting and support. Based on similar successful models in the Canadian and Australian defence forces, the system is recommended to be independent from the MoD to preserve the integrity and protection of complaints. This new authority would allow for anonymous reporting by service members thereby removing any interference from the chain of command. Furthermore, it has been recommended that the new Defence Authority would refer all sexual offences and domestic violence involving service members in the UK to the civilian police service.

The culture within the Armed Forces has been shown to be influential to gendered attitudes. The 2021 report found that women were less likely to participate due to a stereotypical perception of over-masculinity in the Armed Forces, overrepresented in the media and recruitment videos. This masculine culture was identified in the Wigston Report as one of the risk factors which increases the prevalence of inappropriate or BHD behaviours. Both reports highlighted the role of ineffective leadership culture in the reproduction of this insecure environment. The chain of command has been shown to have a considerable influence on the effectiveness and reliability of the Services Complaint system, however, the leadership culture also has a great responsibility when it comes to addressing the cause of inappropriate behaviours. The reports both conclude that the leadership at every level must be accountable for setting the standards of their under links and maintaining a harassment-free culture safe for all personnel. SecurityWomen additionally came to the same conclusion in a paper entitled Putting Women at the Centre for Meaningful Change, advocating for “leadership at every level openly and vocally supporting gender equality.”

Both reports recognised the slow pace any recommendations would take to implement. In fact, the MoD acknowledged it might take over 300 years to properly improve women’s presence among the senior ranks of the Armed Forces. In a segment of Women’s hour on the 27th July, veteran Diane Allen called for a military version of the #metoo movement in order to increase the awareness surrounding sexual harassment. Furthermore, during the radio show, both Baroness Goldie and Lieutenant Giles praised the military for their recent enhancement of protection protocol and recognising the importance of recommendations from such reports as Wigston’s. However, Atherton remained pessimistic towards ‘glacial’ military progress,  citing a disconnect between the MoD and lived experiences of servicewomen. She ended by demanding a shift in attitude towards inappropriate behaviours in the armed forces for the sake of women and operational effectiveness.

SecurityWomen recognises that the research and resultant reports are important steps in improving the conditions for women in the Armed Forces, and we will be following up on progress in implementing the recommendations and bringing about a faster change.

Protecting those who protect us: Women in the Armed Forces from Recruitment to Civilian Life (2021)