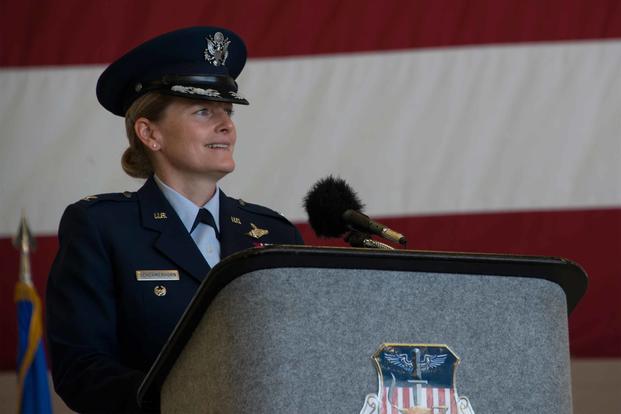 Colonel Jocelyn Schermerhorn has been named the first female commander of the 1st Special Operations Wing, the most-deployed wing in the U.S. Air Force.

Schermerhorn said that in her position as 1st SOW commander, "I want to make sure that women throughout AFSOC recognize that there are no barriers. And if that's something I can do in this role, that's a win."

A master navigator with more than 3,500 flight hours, Schermerhorn is a veteran of Operations Joint Guard, Allied Force, Enduring Freedom and Iraqi Freedom. She holds a bachelor's degree in civil engineering and master's degrees in business administration and strategic studies.

Her breadth of experience in special operations, in which she has experienced both the training and operational sides of the enterprise, helped set her up to take command of the 1st SOW, Schermerhorn said Wednesday.