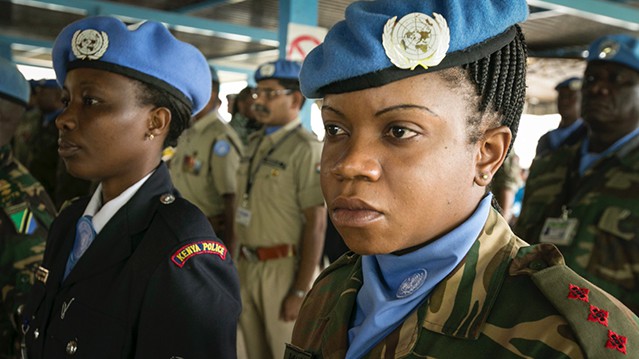 Between 1957 and 1989 only 20 women ever served as un peacekeepers, anywhere. But the number of female soldiers has been growing of late. Women now make up a fifth of officers in the us Army, for example. In 16 countries, including Britain and France, as well as America, they are allowed to serve in combat roles once reserved for men. The growth has prompted new thinking about what female soldiers can bring to soldiering. It is also forcing commanders to confront the impact war has on women more generally. But progress is not always as fast as it should be, and without more radical change, some ideas about what women soldiers can achieve seem overblown.