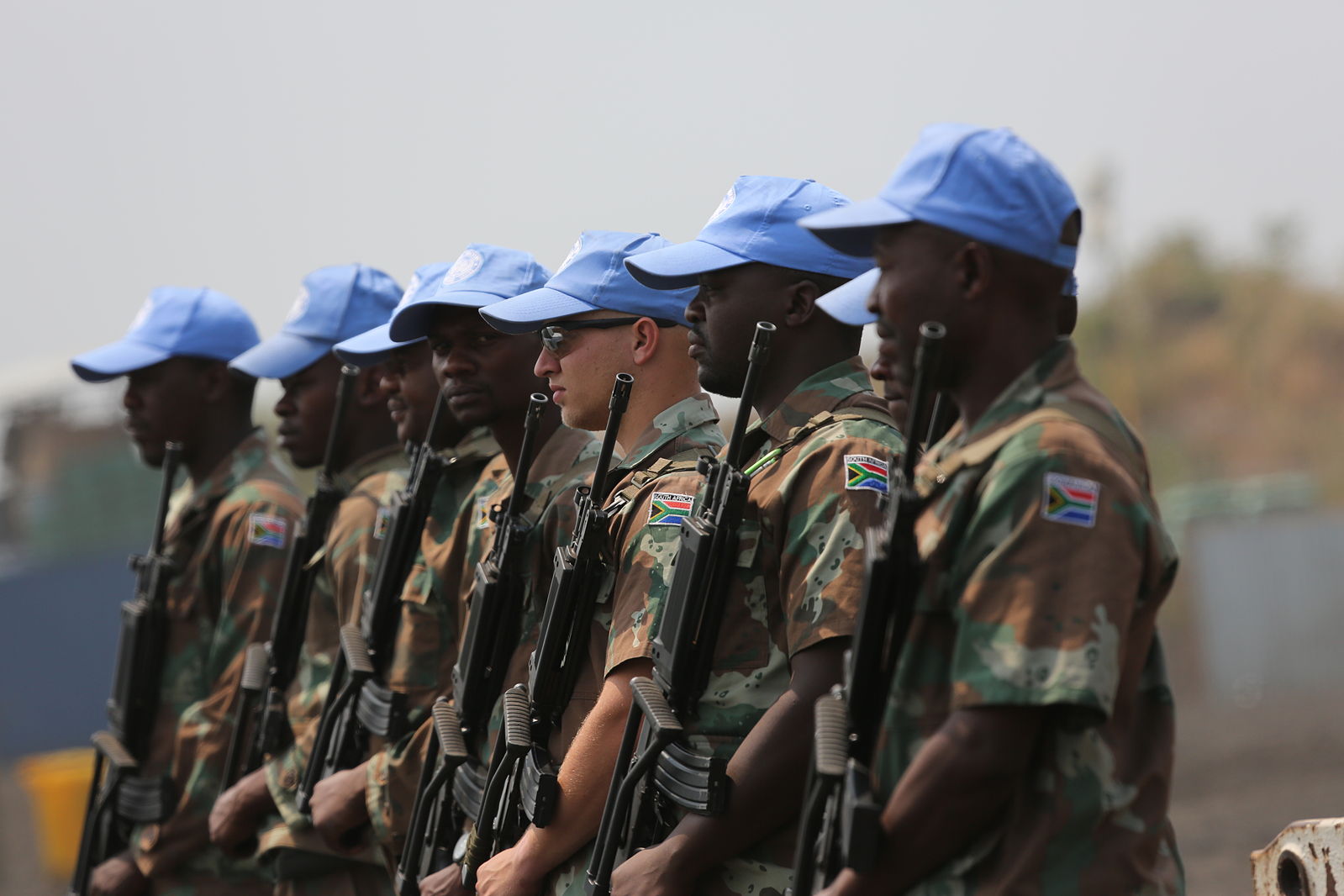 The most recent report on sexual misconduct in the South African National Defence Force (SANDF) was published in December 2020, entitled ‘Ministerial Task Team Report on Sexual Harassment, Sexual Exploitation, Sexual Abuse and Sexual Offences within the Department of Defence’ [1]. The findings from the report were gathered from meetings, interviews, workshops and using surveys with male and female defence members.

The Department of Defence (DOD) has met targets to increase women’s participation in the defence force and peacekeeping to 31% representation. However, the security of women remained an issue due to an ingrained patriarchal culture. As an elected member of the United Nations Security Council in 2021, South Africa pledged a commitment to the Women, Peace and Security agenda [2], signalling the creation of their first WPS National Action Plan. This has strengthened South Africa’s commitment to the protection and security of women and LGBTQ+ individuals nationally and internationally.

The Ministerial Task Team discovered significant lapses in the DOD’s approach to sexual misconduct. One of the pertinent issues revolved around peacekeeping missions in the Democratic Republic of Congo (DRC) [3] . More than a third of sexual misconduct cases involving peacekeepers in the DRC involved South African troops. In particular, South African peacekeeping troops have been involved in paternity disputes resulting from sexual misconduct since deployment to the DRC. As a result, the Ministerial report concludes that a lack of coordination between South African Law and the UN on issues of Sexual Exploitation and Abuse (SEA) has damaged military accountability. As a result, many cases have been dismissed or overturned, leading to a significant failure in the justice process. The report recommends the formation of a Multidisciplinary Committee on Sexual Exploitation and Abuse to deal with SEA violations and matters of paternity. It is also recommended that children born due to SEA violations are granted full South African Citizenship.

A significant theme in the report was an absence of accountability structures within the DOD which dealt specifically and transparently with sexual misconduct. It was recommended that the Sexual Harassment Policy and Ethics Strategy is finalised and adopted as a matter of urgency alongside a redrafting of the Military Discipline Bill. These recommendations occur after the report found a distinct lack of clarity surrounding how the DOD deals with sexual misconduct and no transparent uniformed approach across the Department of Defence. The report stresses the critical need for creating and implementing clear, decisive structures of accountability, security and corrective action with a victim-centred approach. Furthermore, the report urges the creation of a Sexual Misconduct Centre (SMC) led by civilians and operationally independent of the Chain of Command. The SMC would construct a 24/7 hotline dedicated to sexual harassment and abuse and must work hard to ensure high levels of professional confidentiality where previous hotlines have reportedly failed. Furthermore, the report demands the creation of a Fraternisation policy in order to confront power relationships within the DOD environment and re-establish trust within military ranks. This may also apply to relations between deployed peacekeepers and civilians, reinforcing the UN’s blanket zero-tolerance policy.

The last central theme to note in this report was the constant emphasis on the role of the leadership within the DOD [4].It is strongly urged that the Armed Forces leadership must take responsibility for the culture of sexual misconduct within military services by starting with a public acknowledgement of the prevalence of the issue. Throughout the report, the Chain of Command has been heavily implicated in the prevalence of sexual misconduct and the lack of punishment and accountability. It is primarily up to the leadership of and within the DOD to root out unwanted behaviour and instead promote and implement the recommendations of the Ministerial report to ensure a safe military environment. The report critiques pre-existing sexual misconduct reporting structures for their involvement of the Chain of Command. This has meant that victims have been too scared to report sexual crimes due to fears of repercussions, effects on their career or further unsafety. It was found that many perpetrators relied on fellow men or women in superior positions to discourage the victim from reporting or speaking about an attack. Furthermore, when cases are forwarded to trial, the involvement of the Chain of Command means perpetrators are often given light sentences, and victims have their careers marginalised. Therefore, the Ministerial Task Team has recommended that sexual assault cases are referred to civilian courts whilst sexual misconduct will remain in the Military Courts.

The future direction of the South African Armed Forces will depend on the determination and commitment of the DOD leadership in ensuring a safe military environment. This will involve rigorous training and educational procedures to safeguard the security and integrity of the defence force going forward. SecurityWomen applauds the commitment of South Africa to improving the lives and security of women within their Armed Forces. We will follow up on their implementation progress and look forward to reading South Africa’s first Women, Peace and Security National Action Plan.